The Google “de-indexing bug” lasted about 6 days. Google announced last Thursday that this bug had been fixed. However, the SEO community has been indicating for a few days that there are many index problems in the Google Search Console. This mainly revolves around the status report (for index coverage) and the URL inspection tool. What exactly happened and has it been resolved?

What was going on?

Large parts of websites that were previously fully indexed were no longer findable. This was seen in the Google Search Console.

Also on the threads of Webmaster World were hundreds of complaints from website owners who had been removed from the index. These could also be found on the official Google Search Console forum.

The problem was not only with the Google Search Console, pages had fallen out of the index. The organic visits were hit by websites that were previously based on this in their business model.

Google said the following about this on 7 April. 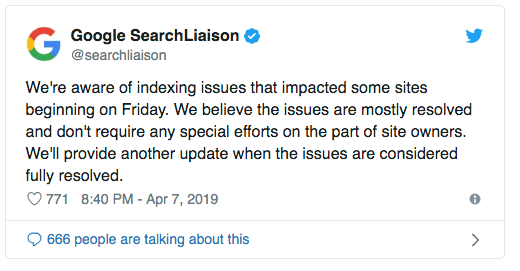 The problems in Google Search were largely solved at this time. But unfortunately it didn't stop there.

The problems with the indexation seemed to be the start of more problems. A few days after Google indicated that the problems had been solved, new problems came to the surface. These problems all seemed to occur in the Google Search Console. This is what Google said about these problems:

Google said they would indicate when this issue was resolved. In total, this bug has been running for more than 10 days, which makes it very problematic for website owners. 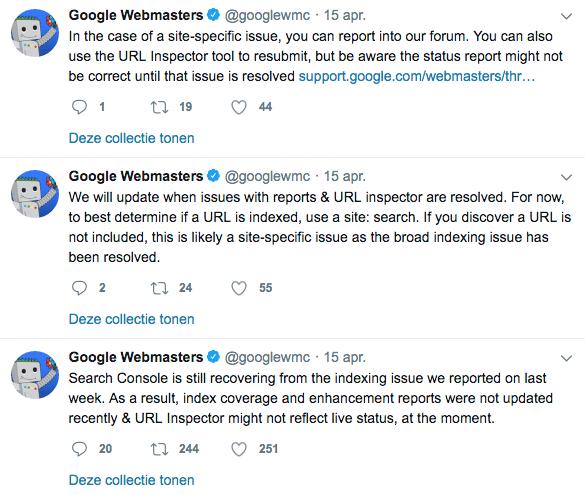 We are still waiting for an update from Google. We hope that this will be solved quickly as it causes problems for many SEO specialists and website owners. 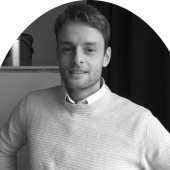 Ralf is an experienced SEO freelancer working for a wide range of companies. From Dutch A-brands to international webshops to the bakery around the corner. Ralf specializes in SEO, his strength lies in technical SEO, link building and international SEO. In addition, Ralf provides training in[…]
All articles van Ralf van Veen

How do I delete a Google review? update 2020

Where do you place SEO in your business?